I have been fascinated with personal development for a while. This fascination has led to many exciting adventures with ups-and-downs, and I have learned several invaluable lessons. One of which is the act of taking notes. I take notes when reading books, I take notes to record trivial facts for work that I don’t have to use regularly but may have to look up later. Aside from taking notes, task management is also essential so that my life isn’t disorganized and time for personal development isn’t taken away unnecessarily.

But back to taking notes, the act of taking note overtime amounts to the act of building a knowledge base. The knowledge base I have obtained basically spans across my entire life and it has helped me live a better life, all originates from taking notes. However, it is not always perceived as valuable by many people, due to many reasons, one of which is that they haven’t found the need to form such habits yet.

To facilitate this habit of taking notes within the context of Katalon Studio, I decided to implement a simple note-taking plug-in called Katalon Notes. The link to the plug-in is at the end of this post. I personally use Trillium Notes which is a Electron-based note taking application, as a central tool to take notes. The obsessive usage of this tool inspired me heavily in designing and implementing Katalon Notes.

The altruistic motivation is that it would, first and foremost, provide heavy Katalon users who also happen to share my interest a way to incorporate their productive habits into Katalon Studio (thus using Katalon Studio more LOL). Second, not that anybody asked for it, but my thought is it would be a great idea for people on your team to take notes collectively. To facilitate this, Katalon Notes saves notes into a local database in project folder so that when you commit your code, you can also commit the database file and the notes will be shared.

It is important for a note-taking application to save changes automatically and Katalon Notes provides this feature. You maybe wondering why such a specific feature is desirable ? Because the act of taking notes, when it’s most meaningful, consists of going over your old notes on a particular topic, retrieve knowledge and build new synthesized knowledge on top of that. To be able to that without being instilled the fear of having to save what’s half-written is such a blessing that should may as well be a common sense.

Currently, Katalon Notes supports Markdown syntax so that your notes can have a styling structure. A limitation is that no image can be displayed yet, but I plan to implement it.

A selfish reason is that designing and implementing Katalon Notes has been a fun technical challenge for me, and it will continually be that way due to many possibilities for features. I found myself pondering over design decisions, code refactoring decision and decisions that I regularly have to make in my work, accompanied with a sense of full ownership that comes with a personal project. I’d probably blog my thoughts somewhere as writing is another one of my habits.

I also receive feedbacks regarding when loading the plug-in from store, Katalon Notes won’t open. I have not encountered this issue yet, but apparently you just need to re-load the plug-ins again.If this doesn’t do either, then please give me the error log file under Help > Error Log, it would tremendously appreciate that.

So, enough with the talking, even I got sick of myself, here’s the link: 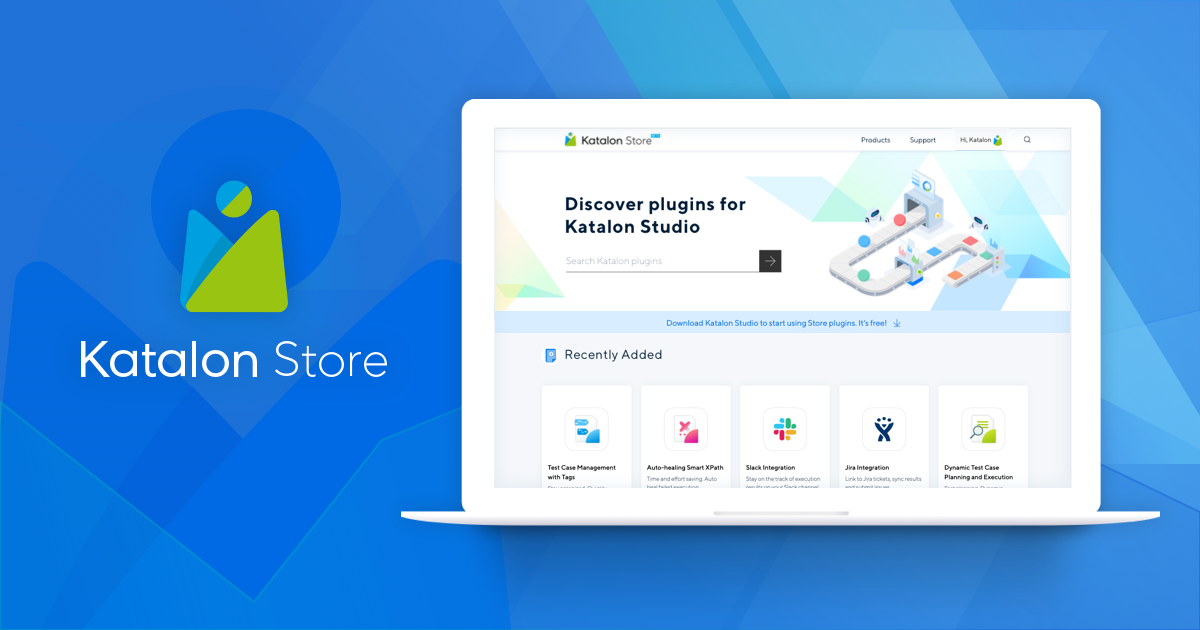 Katalon Store is a collaborative marketplace that allows users to develop and share plugins, integrations, and keywords that enhance Katalon Studio capabilities.

This project is open-sourced here: 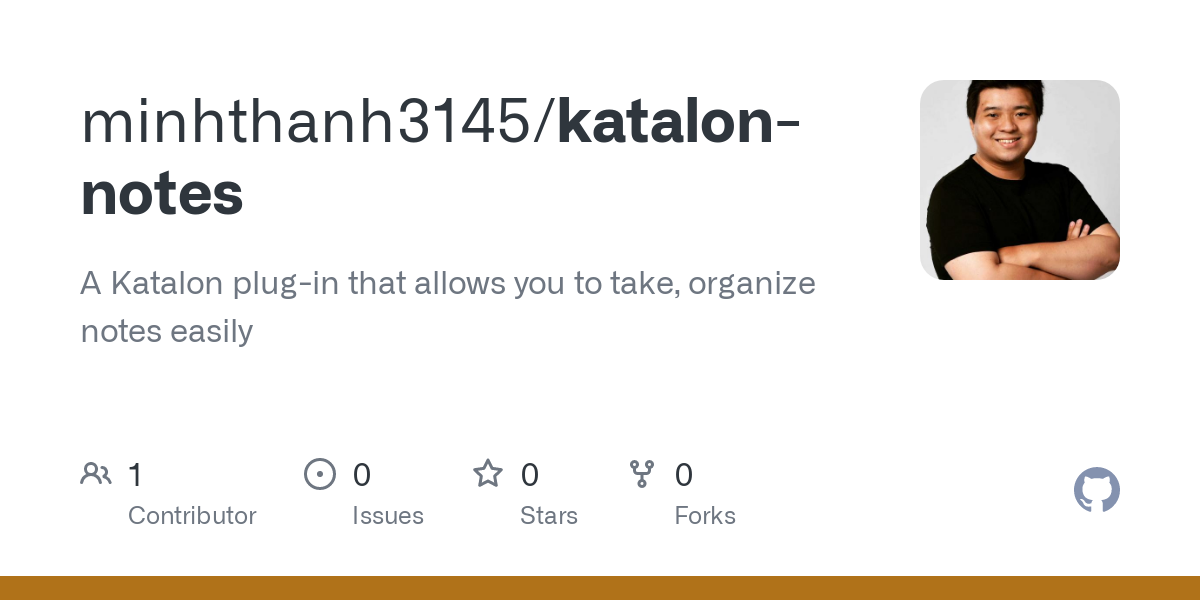 GitHub - minhthanh3145/katalon-notes: A Katalon plug-in that allows you to...

Thanks for creating this, I have been looking to implement a note taking system with Katalon. The properties tool is good, but it didn’t provide us with a good method of writing notes for ourselves for future changes/improvements. Thanks again