Invalid Warning in UI with Cucumber feature when langage is french

Expected Behavior
The keywords “Entant donné que” and “Etant donnée qu’” should be taken into account, it is not the case
see Gherkin Reference - Cucumber Documentation for the full list of keywords

Actual Behavior
The keywords is not highlighted and the step is not recognized in the UI
However the test runs well, it is only a false warning in the UI 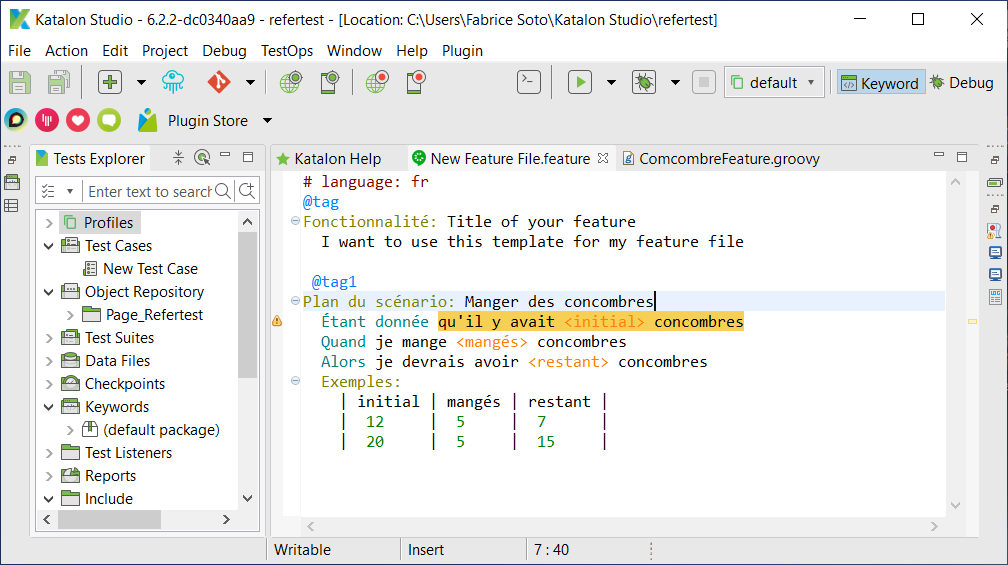 There is no “Étant donnée qu”

anyway, if I remove the “e” I got the same error and warning as in my screencopy