Katalon Studio 7.2.1 does not have the feature of word wrapping.

If you seriously want the word wrapping for editing Test Case scripts, you can use other text editors such as Visual Studio Code together with KS. I do so quite sometimes. 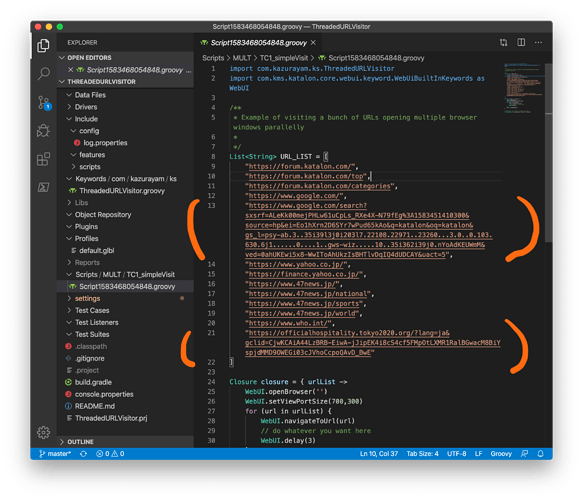 Does Eclipse have line-wrap

I noticed in the version 7.5.5 setting the length of Line wrapping is supported. I am not sure which version supported this. 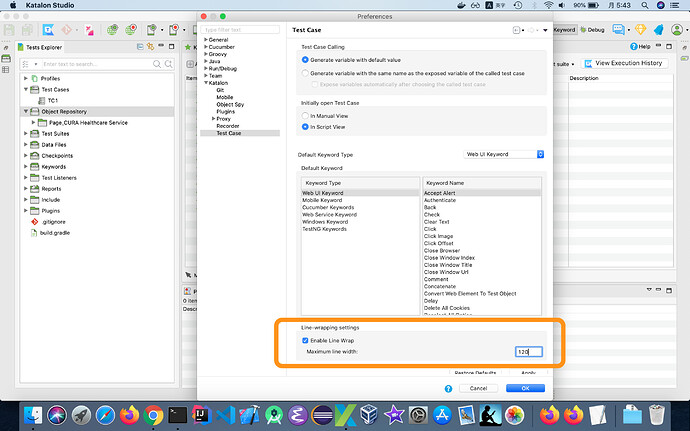