I would like to suggest to display commands in more userfriendly way. It’s easiers to show this on pic so i became a Paint master to create visualization

. Please look at the attachments.

So basicly if i make some test which not only do always same things but random generate what it’s should does (like diffrent payment method) and i have a lot of “if” “elseIf”, “else”, “endIf” commands and in addition to this i use “goToLabel” and “label” commands to jump over some “elseIf” command for quicker execution it’s getting pretty hard to maintain such testcase. So when I want to change something 80% of the time is to getting know what it does and 20% is changing the commands.

I think it’s shouldn’t be hard to implement it in the way I created. In Paint it wasn’t even hard

. I also thinked to make squares near the if/elseIf/else/endIf commands and join them with lines or just near the if/endIf but for elseif/else makes horizontal lines like shown in the proposition2.

P.S. And i added indentations in commands.
P.S.2 “While” command could also have such solution like “if” maybe even with number of current execution on one of the squares :). 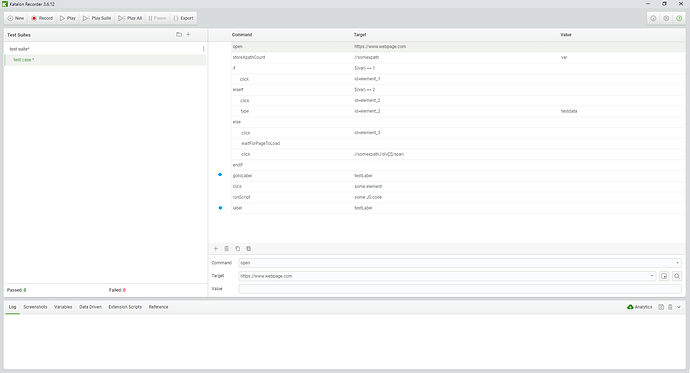 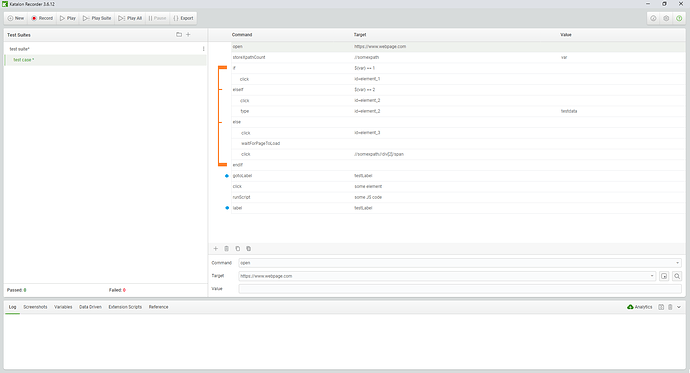