I’ve just started with Katalon, and I am currently stuck on trying to follow the “Creating test cases using Record” tutorial, more specifically the “How to add Katalon Commands while recording” section: 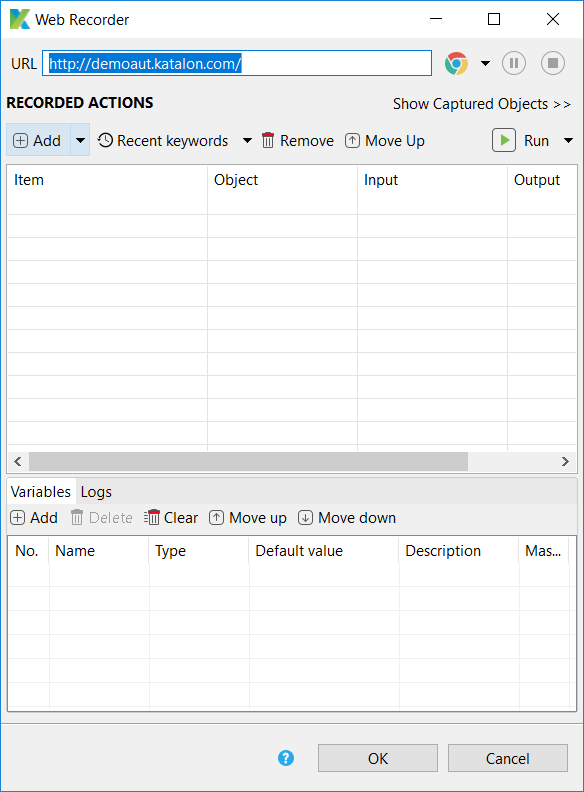 You must first open the Web Recoder in the screenshot.
You should write the URL of the website you are testing in the URL field on the Web recoder page.
Then press start recoding operable on the image and wait for the crome window to open for testing. 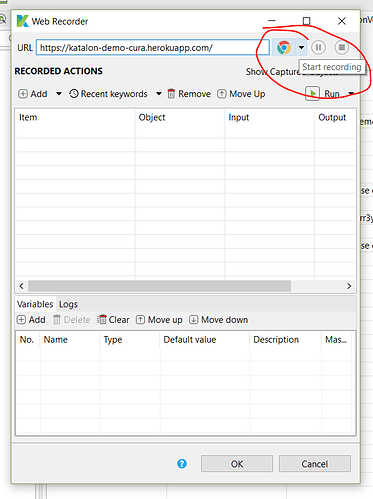 res12623×833 27.3 KB
Do the relevant operations on the page (RECORDING, DELETING …)
Then press the OK button in the web recoder window and create a new object repostry file.
Also some updates may be made in the current version.
I hope these steps become illicit.
varakorn February 15, 2019, 3:14am #3

Well, I took a bit of time digging through the other documents, and it seems that the tutorial is based on an earlier version of Katalon than the current one (Web Recorder was revamped in version 5.5 to feature the menu and interface I described in the original post)

Also had to dig around a little to find how to Add Validation Point (or Synchronization Point): click Web UI Keyword, then open the dropdown on the added item to find Verify Element Present (for example).