Before v5.8 it was possible to choose for Variables on the Test Object Input a Type of '" Variable". Since new version v5.8 “Variable” has disappeared from the list.
All my TestCases using Send Request got their input from GlobalVariables or Variables before.
See attached image where you can see existing Type=Variable for SubscriberID and what happens if I click on it for Name=types…dropdown list does not contain Variable anymore. 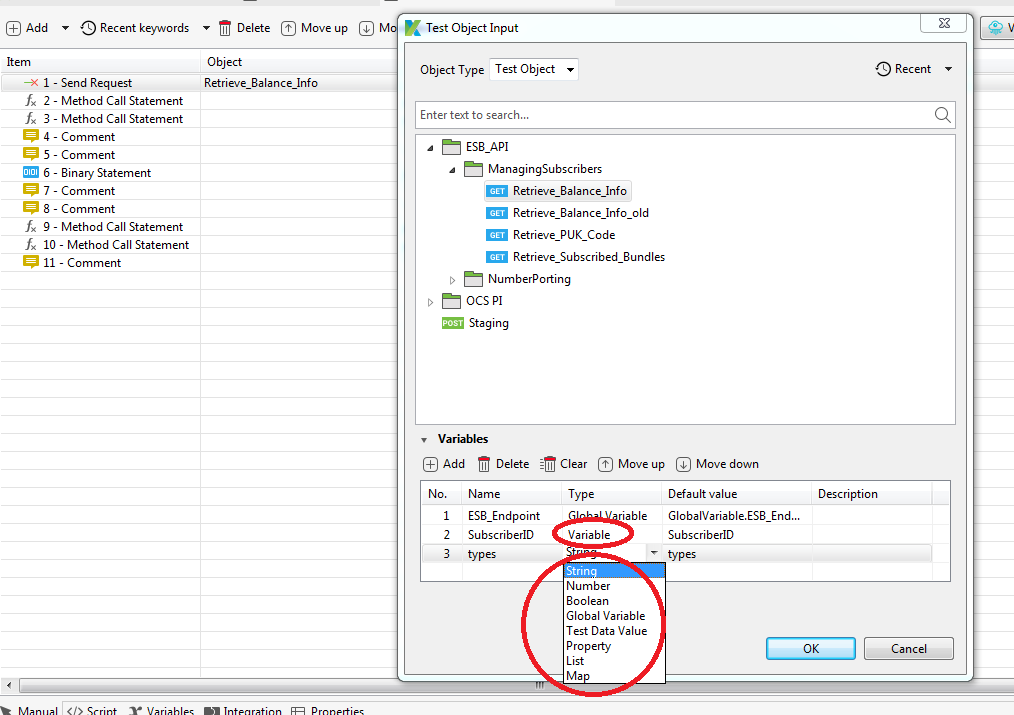 Are you sure that ‘Variable’ type exists in older versions? I’ve tried with 5.7 and see there is no Variable type there, so looks this is not a bug but intended from versions to versions already. You should double check again. 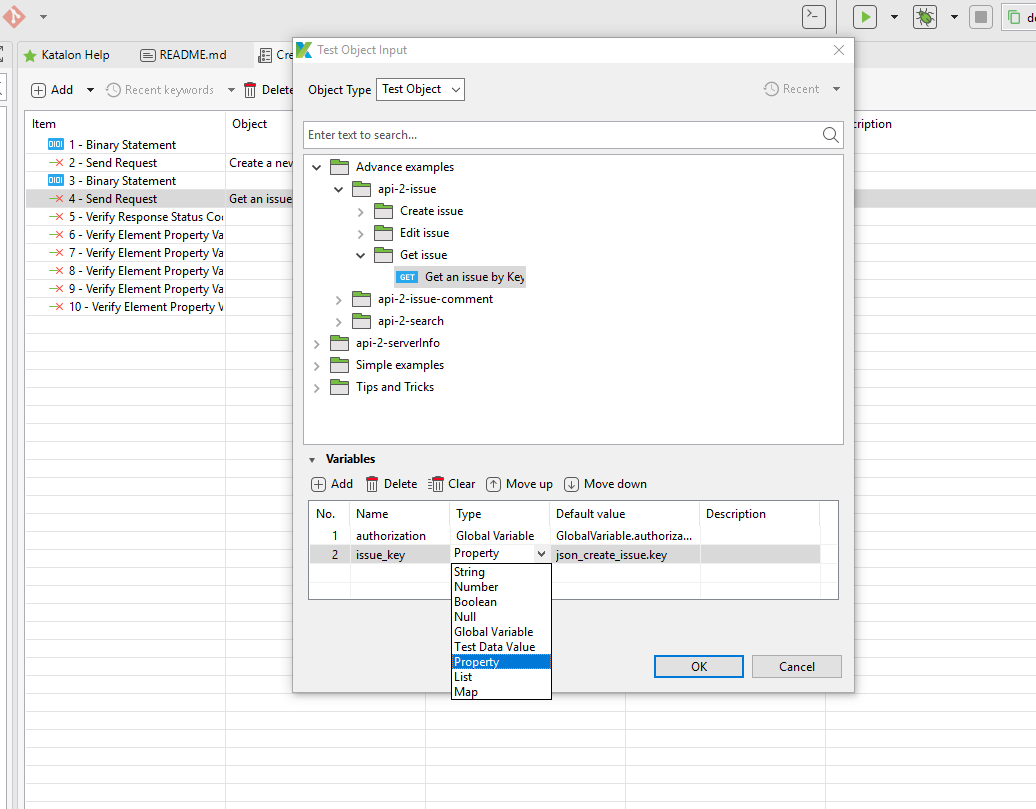 Maybe it already disappeared before…I see that in v5.4.2 it still existed (v5.7 was just updated on my persoanl machine, so cant check that).
I also noticed that now it is called “Variables” section and before in 5.4.2 it was called “Object parameters”. I did not need to update this since v5.4.2, now I did wanted to update it but I have no op[tion anymore to choose the type=Variable, which I find a big miss.

And a screenshot when it was still possible in v5.4.2: 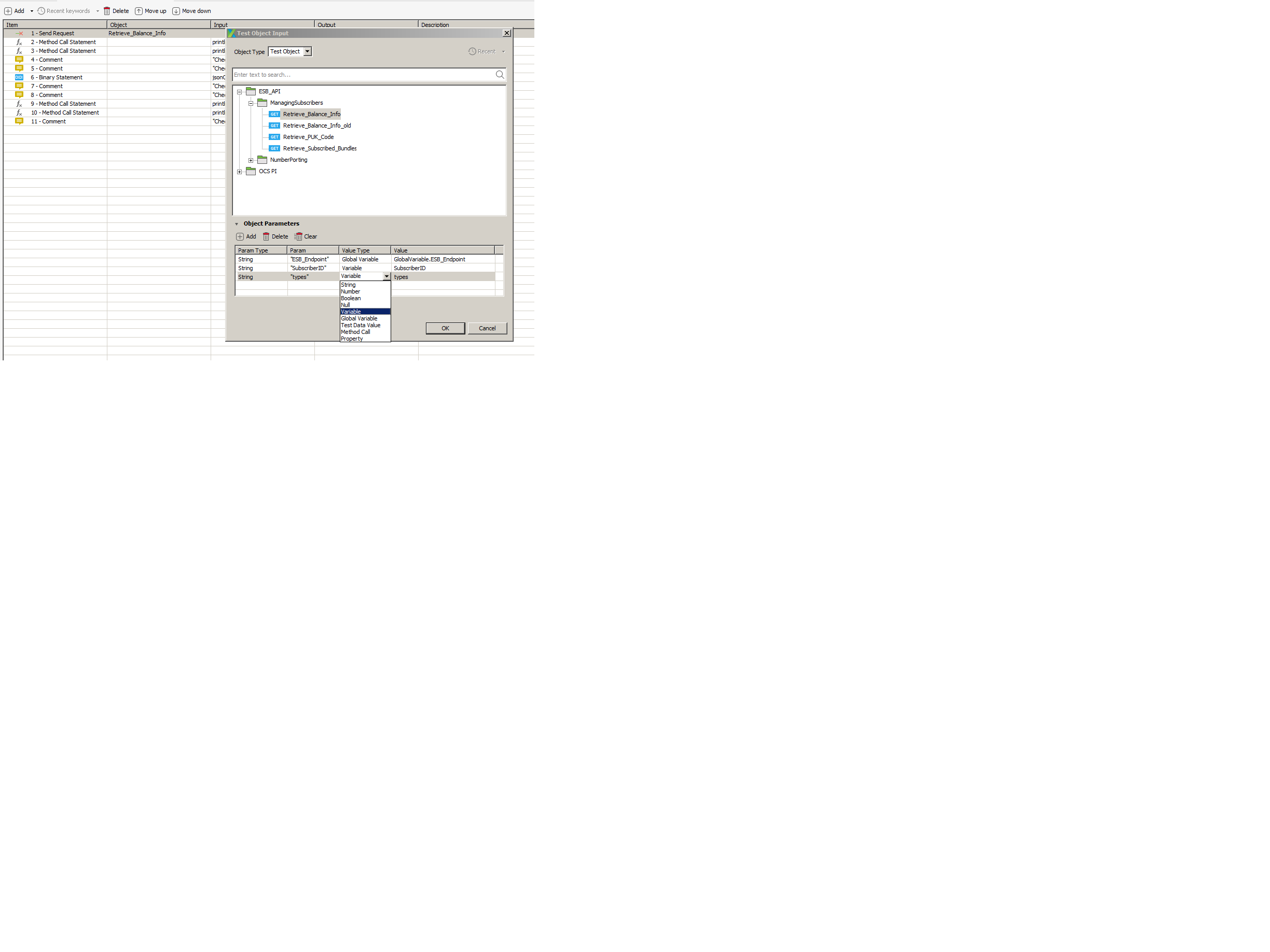 Upon checking once again, we use different interfaces for ‘Object Parameter’ between 5.7 and 5.4 version, so that’s why ‘Variable’ type is not available in the new interface.

For a workaround solution, you can adjust it accordingly in ‘Script’ view of the Test Case. We will add back this ‘Variable’ type in our release 5.8.2

We will add back this ‘Variable’ type in our release 5.8.2

Great, looking forward for it to be back in v5.8.2

BTW after selecting your last comment as Best Answer, I see it moved up in this thread and therefor is not in its chronical order anymore.